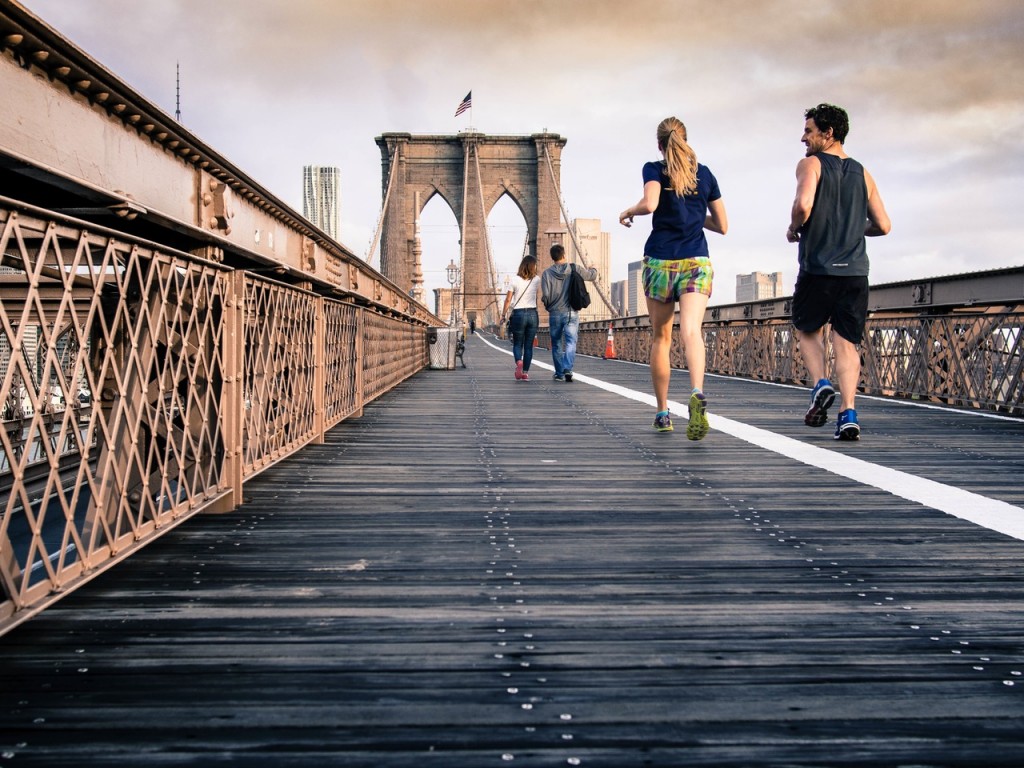 It was four o’clock on a Friday afternoon, and I decide to leave the pressure of the work week a little earlier than normal. I grabbed my running bag and walked towards the locker room in my office building.

I was celebrating a promotion, a milestone I didn’t think I’d reach in my career, and a short run at the end of the workweek seemed like an appropriate self-indulgence.

As I began my run, I had no company on the pathway except for the flock of geese that scattered as I approached. They flew to the middle of a large pond, and as they hit the icy water, I was glad I wasn’t one of them.

I didn’t have any particular route planned. Instead, I wandered from place to place. I ran past the track where I’ve done some of my hardest workouts and by the trail where I’ve found peace away from many hectic mornings.

I was running easy, trying to reflect on what I had just accomplished and in the middle of the run, something unexpected occurred to me. My run wasn’t as much a celebration as it was a tribute to the thing that has contributed more to my personal success than anything else I can name.

Based on my education and background, I’ve climbed much higher up the corporate ladder than I ever should have, and I have the disciplines of running to thank for that.

When I was an apprehensive child, running gave me courage. When I was a needy young man, it gave me accomplishment. In all the years since, it’s given me freedom and stability.

Running has rooted me in the principles that guide me through life. Over time, I’ve come to understand that these principles are universal, and I’ve relied on them for every aspect of my life.

Personal Responsibility – I never once believed that someone or something else was responsible for my success. Running taught me long ago that there is danger in that kind of thinking. The moment you leave your future in the hands of things outside of your control, is the moment you place it in the hands of circumstance. And, circumstance doesn’t much care about your success.

Dealing with adversity – Running has also taught me that adversity is better faced head-on than avoided. The hill in front of you won’t go away, but it’s easy enough to put it behind you if just press harder for a while. Call it discipline, or call it determination, without it you won’t get very far.

Setting Priorities – Many people never realize that sacrifice is a requirement of life. You either sacrifice today to reach tomorrow’s goals, or you give up your dreams in favor the fleeting comfort that’s distracting you. The pleasant reality, for those who choose the former, is that comfort is abundant when long-term goals are achieved.

Finding joy – Running lets me feel like a boy again, going outside to move and enjoy myself. I smell the grass, feel the sun and hear the breeze. And even as I run when the breeze is absent, the air still hums in my ears, almost like the world itself is cheering for me. On days when the burden of responsibility weights heavy, running lets me escape and feel joyful.

When my run was finished on that Friday afternoon, I went back inside and took a quick shower. I walked back to my office to grab my briefcase before heading home. I said goodbye, wondering if anyone even noticed that I had been gone during my run.

The following Monday, when I arrived back at work, I looked outside my office window and saw the geese gathered around the pond. I watched them for a few moments before getting my day started.

As I went about my morning, I faced pressing challenges, gave guidance to the people around me and tried to create vision for what lies ahead.

Then, when lunchtime rolled around, I grabbed my running bag and spent some time strengthening the disciplines through which I’ve earned the privilege to do all those things.

The post How the Disciplines of Running Correlate with Motivation for Success appeared first on Home Business Magazine.