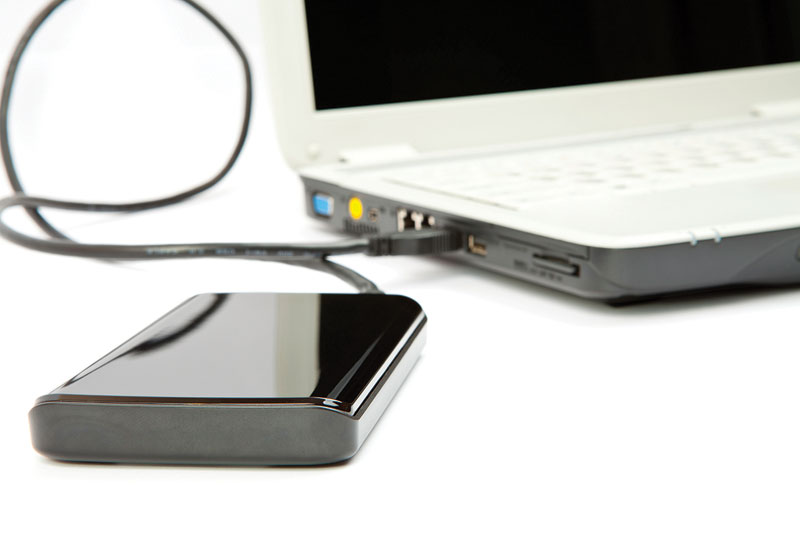 If you’ve ever been a victim of a mild case of computer fever, a customer file that you couldn’t open, or an income or expense record that you or someone accidentally deleted, consider yourself lucky. Glitches like that pale in comparison to the ultimate computer disaster — a hard disk crash or a virus that wipes out all of your home business records.

Think it can’t happen to you? Think again. Computer consultant Michael Leibrandt, from Abington, Pennsylvania says that almost every computer in service over a period of several years will suffer a major catastrophe such as a hard disk crash. Imagine what that would mean to your business.

Fortunately, modern technology has made protection from that kind of disaster simple and inexpensive. Still, whether you use specialized software or an off-the-shelf package, you must take the steps necessary to give yourself the peace of mind that comes from knowing that your business records are safe.

Remember, you can replace a computer that fails; the information it contains, in many cases, is irreplaceable.

A Brief History of Backups

In the early days of desktop computers, backing up was a simple procedure. All you had to do was pop a floppy disk in a drive and copy your data. Today, most files are much too large to fit on floppies. That’s why manufacturers no longer include floppy drives as standard or even optional equipment.

In 1995, Iomega introduced their innovative ZIP drive, a format that many regarded as the logical successor to the floppy, but that didn’t happen. The ever-increasing size of data files has caused many users to look to emerging technology as a better solution to the backup problem. While some users still rely on Zip disks for their backup chores, Leibrandt recommends looking to newer technology as a better long-term choice for protecting business data.

Here are four backup methods that Leibrandt and computer consultant Robert Meyhoefer, from Mount Laurel, New Jersey say are most suitable for providing the peace of mind that comes from knowing that your business records are protected from loss:

Compared to early floppies that held a maximum of 1.4 MB of data, CDs can hold as much as 800 MB. DVDs can hold upwards of 4.7 gigabytes (GB). A GB is 1,000 megabytes. There are few sets of home-based business records that cannot be accommodated by CDs or especially DVDs.

A single DVD with its massive storage capacity can be bought for $1.00 or less; CDs now cost only pennies each. Most new computers now come with CD/DVD drives built in. As recently as a half-dozen years ago, a DVD drive went for as much as $500 and a single DVD disk for $35.

According to Leibrandt, you should keep in mind that disks have their own set of disadvantages. Some users have reported disks that became unreadable after a few uses, others readable only in the drives in which they were created. He recommends a second set of backups when DVDs are used.

“However, as far as cost is concerned,” says Leibrandt, “CD and DVD disks can’t be beat. For most home-based businesses, they should be adequate and would certainly be the least expensive.”

So-called jump or flash drives are tiny plug-and-play portable storage devices that use flash memory for data storage. As small as one-half inch by two inches, they can be toted around in a purse or shirt pocket.

Jump Drives will work with any newer PC or Mac with an existing USB 1.1 or USB 2.0 port. When you plug a jump drive into a USB port, your computer automatically assigns it to the next available drive letter. Then, just use the drag and drop method to transfer files and folders.

Retail prices for jump drives have dropped dramatically in recent years. Some manufacturers offer jump drives with up to 32 GB of memory, far in excess of the needs of your business.

“The primary advantage of jump drives,” says Leibrandt, “is compactness and portability. They were originally designed to transfer files from one computer to another with a minimum of bulk, and they do that job superbly well.”

Meyhoefer agrees. “If you are backing up less than 2 GB of data, I recommend using inexpensive USB jump drives. They’re a great way of backing up and transporting data quickly and easily. You can never make too many backups. Just make sure you organize multiple backups so you can find what you need easily in case of an emergency.”

In Leibrandt’s opinion, jump drives have one major disadvantage. “They’re so small,” he says, “that they’re easy to misplace or lose. I’ve managed to lose a couple of them myself.”

As you know, the “permanent” storage device on your computer is its hard drive. This is where all of your applications and data files reside. The use of a second hard drive for backing up data is arguably the now most popular of all systems.

“The method of choice for backups is the addition of an external hard drive,” says Leibrandt. “Plug the device into a USB port and copy your entire library of data files. For the ultimate in protection, unplug the drive and take it to a completely separate location for safe off-site storage. Because they come with huge storage capacity, one drive can do it all.”

The latest external hard drives have also benefited from technological downsizing. Drives of up to a whopping 250 GB of capacity selling for less than $100 are smaller than your favorite novel. Even smaller drives with a capacity of 20 GB (more than enough space to store all of the data files for a typical small business are no larger than a cigarette package.

For the ultimate in compactness, Leibrandt likes the FireLite brand. “I’ve had very good luck with them,” he says. “However, you won’t go wrong with any of the major manufacturers such as Maxtor and Iomega.” Maxtor drives, bundled with Dantz Retrospect software, include a one-touch backup button. Just press the button and do other work while your computer handles the backup procedure automatically.

Owners who prefer not to invest in backup hardware and the bother of toting physical backups to an off-site location have an alternative method that helps solve both of those issues. Online data storage allows you to log on to a secured Web site where you may upload your files to the Internet for storage and recovery if that is ever necessary.

The costs for online storage vary according to the capacity you require. www.Ibackup.com offers a basic plan with 10 GB of storage space for $9.95 per month. Rates from other companies such as Iron Mountain (www.ironmountin.com) offer similar plans. All companies encrypt their stored data so that it cannot be accessed by unauthorized persons. Also, some Internet service providers offer limited storage space to their account holders at no additional charge.

“There’s one caution with online data storage that you should keep in mind,” says Leibrandt. “If the provider’s server goes down, you won’t be able to backup or have access to your files until the problem is fixed. That’s why I think of online data storage as a supplement to traditional backups, not a replacement.”

Remember that protecting your business against data loss will be effective only if you perform your backups on a regular basis. Unless you use a program with an automatic backup feature, you must initiate the backups.

How often should you back up your data? If you used your computer only occasionally, a weekly backup might be enough. However, important information in your computer probably changes every business day. That’s why you should make backing up a regular part of your daily routine.

“For the ultimate in protection, you must always store a backup copy of your data off-site,” says Meyhoefer. “When one of my client’s buildings was destroyed by fire, I asked if he had current backups of his business data. ‘Sure,’ he replied. When I asked where they were, he pointed to his burned out building.”

Finally, whatever backup option you choose, be sure to do a test restore occasionally to make certain that it’s working properly. “Don’t wait until you have a catastrophic loss to discover that your backups don’t work,” Says Leibrandt. HBM

The post How To Properly Backup Your Computer Files appeared first on Home Business Magazine.