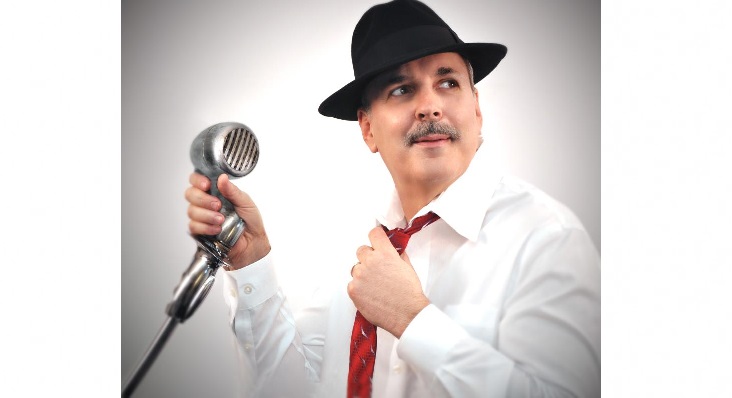 Nobody ever handed George A. Santino anything.

His family was on welfare. He can tell you, firsthand, what government cheese tastes like and the ends of bologna when bologna itself is too expensive to feed a family of nine.

Santino never finished college. He joined the Army but left without finishing Basic Training because of a “Service Connected Disability.” After a debilitating back injury, he was told he’d never work again. He opened a business that thrived and expanded before failing completely.

He interviewed with the Microsoft Corporation four times before getting a job. And yet Santino retired at fifty-five as a Partner in Microsoft, with enough of a nest egg that neither his wife nor any of their four children would ever have to know what the ends of bologna or government cheese tastes like.

“I’ve lost count of the times life has knocked me down, or I was told there was something I couldn’t have, or that I wasn’t good enough, or my body was too damaged for me to hold any kind of job,” says Santino. “Every time life has tried to beat me down, I’ve learned something. And each time, I got back up.”

Now, a widely respected and in-demand mentor to tech managers – not just on tech issues, but how to frame their problems as challenges rather than setbacks – Santino offers his wealth of knowledge and life experiences through his new book, Get Back Up: From the Streets to Microsoft Suites. He shares with Home Business Magazine insights on his career experiences and advice for entrepreneurs.

HBM: What did you learn from growing up in the projects living on welfare, and when did you decide this wasn’t the life you wanted?

Santino: “In the projects you learn to get by with what you have. You might not have the latest toys or access to things like the movies but you still have fun with your friends playing stickball or kick the can. When I saw what other kids had and what they talked about doing on the weekends, I wanted to do those things too but I knew that took money. So I decided to start to find ways to earn.”

HBM: What specific changes did you make to ensure you could improve your life?

Santino: “First, I didn’t accept the way things were. I knew a better life took education and hard work. I learned all I could and I looked for opportunities to earn. I didn’t complain about my circumstances. I set out to change them.”

HBM: After four rejections at Microsoft, why did you get back up and continue pursuing a job at the company until you were hired?

Santino: “At first, I really didn’t want the job but I didn’t like the reasons they were rejecting me. I learned in my sales days that objections are just a request for more information. Once I understood their reasons for saying no I could answer their concerns and overcome them. After a while I wanted to get the job so I could prove that I was worth taking a chance on.”

HBM: What lessons did you learn while working for this tech giant for over two decades?

Santino: “There were plenty of things I learned at Microsoft. The most important thing was that results matter. Once I understood that, I set out to get the results that would move me up in the org. I also learned that you have to hire smart people and surround yourself with people who know things you don’t and to seek and value their opinions and ideas.”

HBM: Why do you believe in a hand up rather than a hand out?

Santino: “From time to time people need help and there is nothing wrong with getting that help but soon you have to depend on yourself. Look at the reason you are down and fix that. Is there a skill you lack? Acquire it. Is there something you don’t know? Learn it. If instead you become dependent on others or the government you will be stuck where you are. Handouts help you to survive. Hand Ups allow you to learn and grow.”

HBM: Please speak on your message to at-risk youth: you know how easy it is to fall into a wrong life and repeat the mistakes of people who came before you.

Santino: “It’s very easy to fall in with the wrong crowd or to look for what appears to be an easier path. It’s easy to consider yourself a victim especially when so many people these days are telling you how unfair things are and how the deck is stacked against you. Surprisingly, the people espousing this the most are the greatest proof that this isn’t true. You are in control of your own destiny. If you want more or a different life it is truly within your control. When I was 16, I was the cleanup boy at the local burger chef making 65 cents an hour. Two years later, I was managing the place. It doesn’t matter where you start. It matters where you finish.”

HBM: In business: what are some tips for building a high-performance team and steps to build a career from the ground up?

Santino: “First, you have to start. It doesn’t matter where. Could be a cleanup boy at burger chef or lab coordinator at Microsoft. Once you are there, learn what they value and what they reward and do those things. When you begin to hire a team, hire people who know things you don’t know and seek and value their opinions. You already know what you think and what you would do. Find out what your smart employees think and would do. However, remember you are the one in charge so ultimately it is your call. Give your employees permission to say ‘I told you so’ if you choose to ignore their advice. Also make sure they understand why you made the decision you did. If  your employees don’t agree with your decision, I think you get more out of them if they understand both the what and the why.”

HBM: What business did you open, what inspired you to start it, and what happened?

I opened a couple businesses in my life. One was a sports bar called Reggies and another was a shoe repair shop called DiMauro’s Shoe Repair.

With a partner, who was a shoe repairman, I opened the shoe repair shop. We had a single location and it was very successful, so much so that we opened a second and then a third location. We were making so much money and paying a lot of taxes so we decided to start to invest in real estate—specifically single family homes that we could rent out. The plan was to enjoy the tax benefits of investing in real estate at first but later sell the houses for a profit.

In three short years, we had three shoe repairs and fifteen single family homes. While our rents didn’t fully cover our mortgage payments, the money we were making in the shoe repairs could cover the negative cash flow.

Then two things went terribly wrong. First, one of our tenants stopped paying the rent and second my partner started going though a divorce. These two things began the collapse of this house of cards we built.

There is obviously a lot more to this story. In fact, it takes up 14 pages of my book!

HBM: What advice can you share for self-starters/entrepreneurs when branching out to form their own company?

First, do your research. Understand every aspect of your new venture. Talk to other people who have done the same thing. Learn everything that could go wrong and what you would do about it.

Get a mentor. You need someone you can talk to and run ideas by.

Understand the local laws. What permits do you have to have? What fees and taxes are you going to pay?

Make sure you have the money to run the business for a year. Don’t assume any money is going to come in.

Santino’s life has been filled with many ups and downs. At one point he injured his back so badly it required three operations and led to an eventual diagnosis of Failed Back Syndrome, and he was told he would never work again. Always determined to get back up when knocked down, he eventually landed a job at Microsoft—after being turned down four times—as an entry level lab engineer and retired twenty years later from his position as Partner Engineering Manager.

Since his retirement, Santino has embarked upon a new career as a professional speaker, mentor to tech managers and author. His book, Get Back Up: From the Streets to Microsoft Suites will be released in June 2016. When he isn’t writing or speaking, he is singing or composing the lyrics to his next song. He has released three CDs, all of which spent some time at the top of the Amazon Hot New Releases list.

Connect with George at www.GeorgeASantino.com