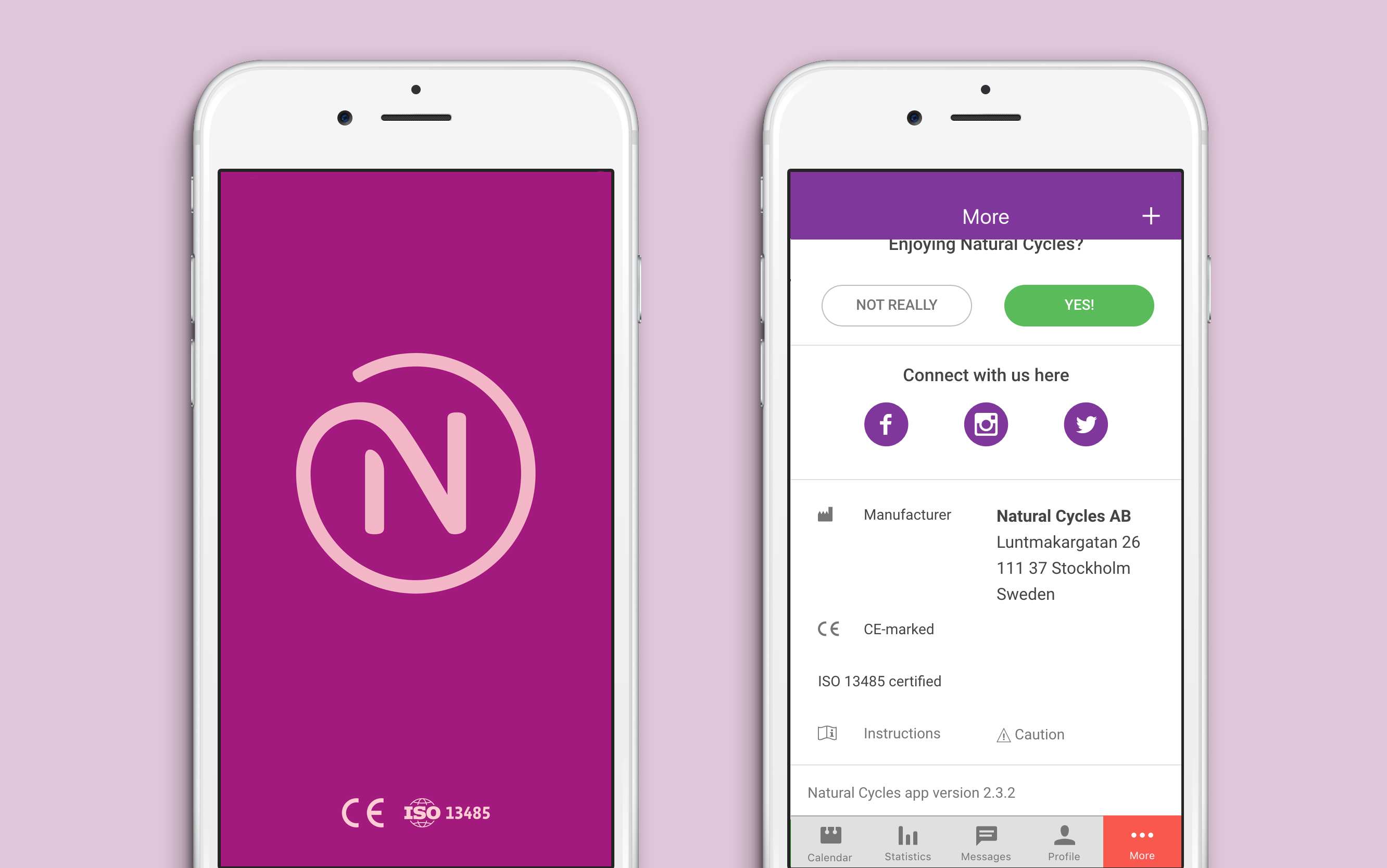 Natural Cycles, the fertility app that has been shown in recent clinical studies to be as effective as the contraceptive pill at preventing pregnancies*, has become the first health app for women to be regulated as a medical device.

Health apps are an important part of daily life for many women which means the information provided by them impacts their health and well-being. As more health apps for women come close to performing tasks that fall under the definition of a medical device there are greater calls for them to be regulated as such.

“Regulation is a good thing in the app and healthcare technology space”, says Dr Raoul Scherwitzl, co-founder and chief executive, of Natural Cycles. “Natural Cycles is backed up by well-researched, large-scale clinical studies and, being CE-marked and ISO certified, means that the quality of our product and the safety of our users is at the heart of every decision we make. We know we are dealing with women’s lives here and we take that very seriously.”

Launched in 2014 and headquartered in Stockholm, Sweden, Natural Cycles has over 100,000 active users in 161 countries. The company recently raised $6m funding to aid international expansion and conduct new clinical studies, and donated $25m worth of free subscriptions to women in Brazil to help fight the Zika virus.

Natural Cycles started the process to get the app regulated as a medical device when they launched in 2014.  “We made user safety our number one priority,” says Raoul, “but it took a while for us to be regulated as software apps are designed and developed very differently from hardware devices, which means that sometimes it’s very difficult to adapt to the regulations.”

*Results of the clinical study demonstrating the effectiveness of Natural Cycles as a natural birth control has recently been published in the peer-reviewed European Journal of Contraception & Reproductive Health Care.

Natural Cycles is the safe, healthy and easy-to-use fertility app for women based on their body temperature, which is used to prevent, plan and monitor pregnancies. The app was founded by husband and wife team, Dr Elina Berglund and Dr Raoul Scherwitzl. With PhDs in physics, they applied their mathematical techniques to develop the Natural Cycles algorithm. Elina was a researcher at CERN and one of the physicists that discovered the Higgs Boson which led to the Nobel Prize in 2013. The Natural Cycles app mission is to educate and empower women to take control of their fertility and future, championing a vision where every pregnancy is wanted. Beyond the app offering, Natural Cycles advances scientific research in the field of contraception and fertility.

The post Natural Cycles Becomes the First Health App for Women to be Regulated as a Medical Device appeared first on Home Business Magazine.