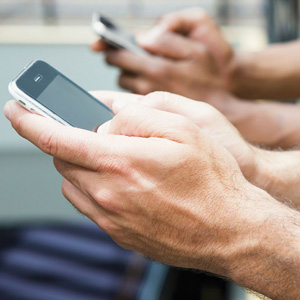 If you’re a recent college graduate or young professional, the first thing you probably did when you landed your first real-world gig was text your best friend, post the news on Facebook, or tap out 140 clever characters to tell the Twitter world about your accomplishment. What you probably didn’t do was pick up the phone and call each of your buddies or craft an email announcement to send to all your friends and family.

Based on this author’s personal and professional experience, most Millennials communicate primarily via texting and social media. And yet, email and phone calls are the primary methods of communication in the business world. Hence a question for you: Are your written and verbal communication skills going to cut it in the big leagues?

Because the majority of their communication is through texting or social media, today’s young people may not have the skills they need to be successful at business communication. Despite their best intentions, “text speak” and an overly informal tone can muddle the messages young professionals send. Young people are entering the workforce with great educational backgrounds, but often, those backgrounds didn’t include a lesson in writing work-related emails or conducting a productive phone call…or even a face-to-face meeting!

In business, relationships are built the old-fashioned way: by picking up the phone and checking on a client, for instance, or by taking your boss to lunch to pick his brain about a new project. Without better communication skills, young people entering the workforce will really struggle to solidify the relationships they’ll need to learn, grow, and succeed. Here’s what young people entering the big leagues need to know about communication:

Play monkey see, monkey do. If your boss consistently calls you into her office whenever she wants to ask a question or assign a task, it’s a good idea to schedule a face-to-face meeting with her whenever you need to discuss something. If a certain client regularly calls you back to answer questions you asked in an email, start picking up the phone yourself instead of composing a note. And if your colleague seems to keep an eye on his inbox 24/7, he’d probably rather you email him instead of knocking on his door. Make a note of how your colleagues and clients communicate with you and mirror their behaviors.

Know when to connect without a screen. Say that a client has placed an unusually complicated order full of special requests and you need to confirm it before sending it to Shipping. Or you hear through the office grapevine that your team leader is unhappy with the pitch you just turned in. In instances like these, responding via email probably isn’t your best bet. If an issue is complicated or sensitive, pick up the phone or talk face to face instead of lobbing emails back and forth.

Make the rounds. We all know to network when looking for a job. But when that coveted “You’re hired!” finally arrives, most people cut back on cultivating their professional connections. That’s a mistake. Introduce yourself to all of the people in your office or department when you start, even if you don’t think you’ll be working with them directly. As you move forward, it’s fine to use email and internal messaging services, but make sure to have regular conversations with your colleagues, too.

Be proactive (especially with your boss). Don’t assume that because your clients and coworkers aren’t asking questions, they are on the same page as you. Part of being a good communicator is anticipating what others might need or want from you and proactively providing it. Don’t make the people you work with ask for updates, reports, and information. No one likes pulling teeth!

Always, always respond. Your friends might not mind if you don’t respond to the occasional text, but in a work context, letting emails slide or allowing voicemails to pile up is a major faux pas. The individuals who didn’t receive a response will remember what they perceive as dismissiveness, or even a lack of respect. Over time, this can do major damage to your reputation and cause you to be passed over for the most important career-building tasks.

Don’t withhold information. If there is something your boss needs to know, tell her, even if you think she might react badly. If you made a mistake, admit it, even if you’re dreading the consequences. If a client asks a question you don’t feel comfortable answering, ask your boss how to respond, but don’t prevaricate or (worse) ignore the client altogether.

Listen carefully. Yes, much of being a good communicator involves being open and proactive. There are some things you should avoid saying, either in person or over email. In addition to blatantly inappropriate words and topics, you should primarily avoid asking unnecessary questions.

Be clear and specific. In the workplace, you don’t have to fit everything into a 140-character limit. So without being excessive, take the time and/or space you need to be clear and specific in your communication. Insufficient or vague information isn’t just unhelpful; it’s downright frustrating!

Practice your verbal skills. There’s a big difference between talking and effectively communicating. Words can come out of your mouth for minutes at a time without accurately describing what you’re thinking or without engaging the other person’s attention. Remember, promotions and accolades come to those who can build relationships with clients, negotiate, and express themselves well.

Think before you speak or type. We’ve all seen the news stories: An ill-advised tweet or Facebook update goes viral. Sometimes, it may damage “only” the perpetrator’s reputation. Other times, it directly contributes to the end of a career. Don’t let this happen to you! And even if social media doesn’t enter into your workday, email or verbal comments can have the same effect.

Avoid conflict. Fighting in the office or getting involved in “work drama” is a bad idea, period. It makes people unhappy and unproductive, and is a huge waste of time and energy. Most importantly, it can make others unwilling to work with you. There are two things you should avoid in particular while you’re on the clock: complaining about your job and badmouthing your coworkers.

Don’t overshare. As a new employee, you’re probably eager to make a good impression on the people with whom you work. And certainly, building relationships at work is a great thing to do. But remember, your boss isn’t your buddy. Your coworkers aren’t your friends. Your conversations with them should differ from the conversations you have with your non-work pals. Don’t get involved in office gossip, which is essentially other people’s oversharing!

Don’t just admit mistakes. Show you learned the lesson. As a new employee (and really, as a human being), you’re going to make mistakes despite your best efforts. Your new boss and coworkers accept that. How they respond to your mistakes, though, is largely up to you. First, fess up when you mess up. It’s important to be honest if you want to retain your coworkers’ goodwill and respect. Then, take your confession a step further by demonstrating that you have learned a lesson. Your organization will value employees who take it upon themselves to learn and grow from their mistakes, instead of trying to sweep them under the rug.

When you enter the working world, you’re immersing yourself in a new communication environment. Remember that in the big leagues, your reputation is just as important as your skills and abilities. Do everything you can to protect it by communicating in an appropriate, efficient, and clear manner. HBM

Ben Carpenter is author of The Bigs: The Secrets Nobody Tells Students and Young Professionals About How to Find a Great Job, Do a Great Job, Start a Business, and Live a Happy Life (Wiley, April 2014, ISBN: 978-1-118-91702-2, $25.00).Check out additional free content including excerpts, videos, and blogs at www.thebigswebsite.com.