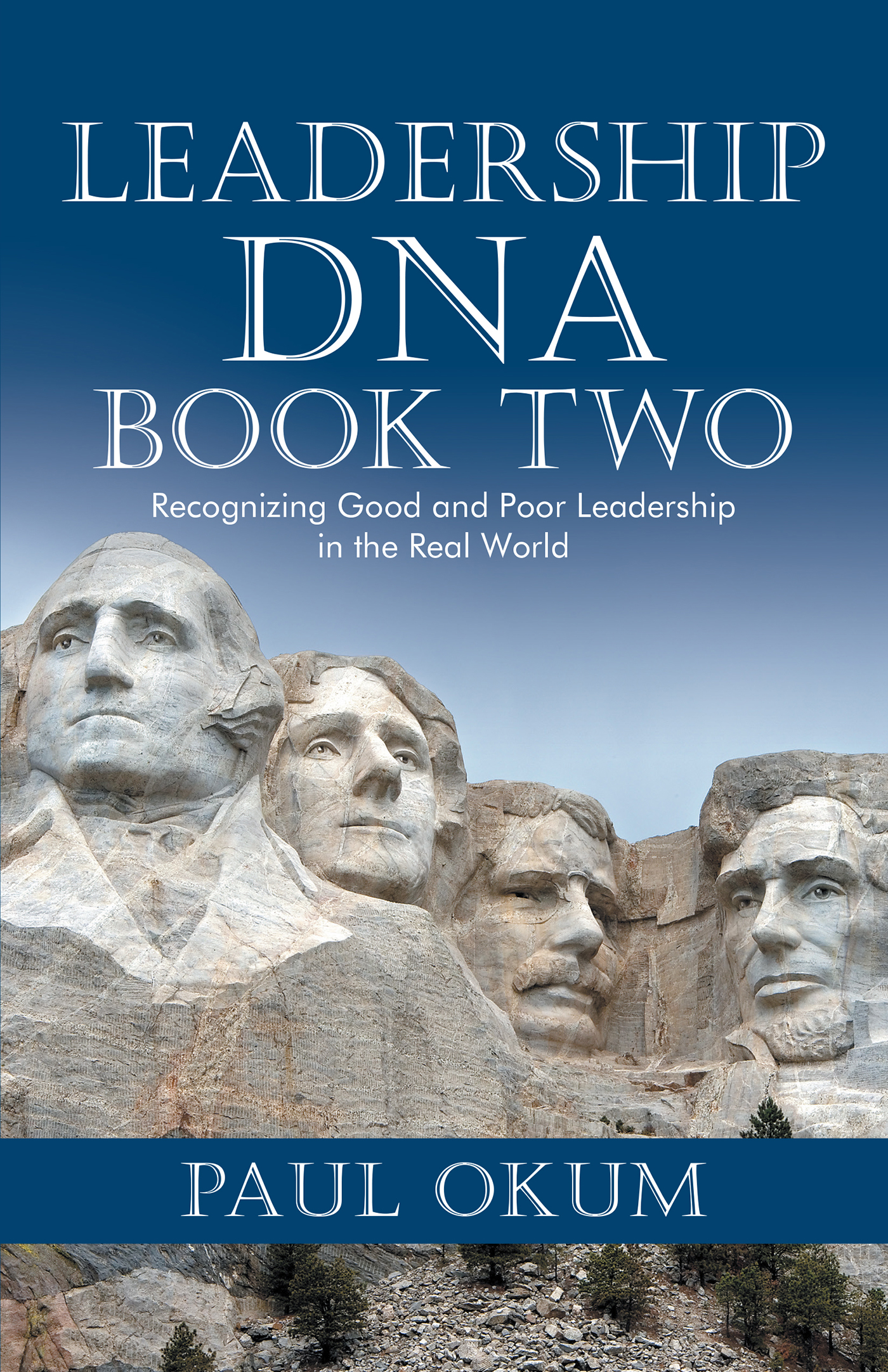 Leadership is not a commonplace skill that can be taught to anyone, and good leaders cannot be defined by science.

“It’s becoming clear that people in leadership positions must move toward viewing leadership as an art and not as a science as held by the leadership gurus,” Okum said. “Good leaders must come to recognize and respect their personal instincts and sixth senses when dealing with leadership issues.”

Okum also says effective political leaders understand that America needs leaders who will champion real debate on issues and ensure that the best interests of the nation come first.

“Good leaders bring a sense of hope that things will be better; that by pulling together, our government will function more effectively, and the opinions of each citizen and worker matter,” Okum said. “If we can get natural-born leaders into these leadership positions, then America and Americans benefit as individuals, citizens, employees and a nation.”

Available in hardcover, softcover and e-book

Paul Okum graduated from Temple University with a bachelor’s degree in business administration. A former United States Army officer, Okum has been in executive positions within the federal government in the Departments of Transportation, Interior and Army, and was a human resources director in the Defense Department. He received six commendation medals for superior service. “Leadership DNA, Book Two” is a companion book to “Leadership DNA,” published by iUniverse in 2012.