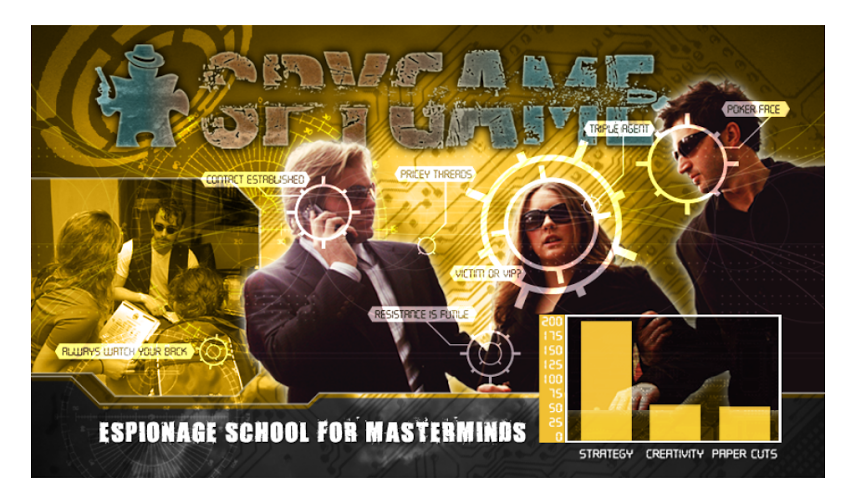 Team Building was once known to be a dreaded event that so many tried to avoid. But Chad Michael and his Adventure Games team have changed “The Game.” Catering to the tech-savvy millennial generation, his fresh style of team building has employees and management eagerly looking forward to exciting team building events, he says.

“This is not your archaic amateur scavenger hunt,” says Michael. “The current generation needs to be challenged and fully engaged in order to teach basic principles of problem-solving and team work.”

So how are Fortune 500 companies such as Facebook and Google training their management to be effective team players?

One way is to kidnap your boss.

We’re not kidding. No worries…we return them!

A mock kidnapping of course, followed by an elaborate, twisty, espionage-filled rescue of the missing executive by a team of co-workers is just one way the AdVenture Games Team Building helps foster a more cohesive, committed and supportive workplace.

“That’s a place where workers feel valued, everyone’s role is celebrated and communication, consideration and respect are part of the company culture,” said Michael.

Savvy managers looking to gain a competitive edge in the marketplace understand the importance of happy employees — those are the folks who give their all each day to help the company innovate and grow.

AdVenture Games’ signature programs offer a smarter, approach to team building though one-of-a-kind adventures. Each game asks team members to use their strategic thinking and interpersonal skills to navigate through a series of assignments. Players choose the path they want, and — just as in life — their choices decide how well they succeed.

Michael started in his company in 2005 and his games have been successfully played by Asics, Cigna, Coca-Cola, Dell, Facebook, Google, Home Depot, Walmart and more, along with thousands of their employees throughout the United States.

AdVenture Games’ flagship program that has his clients raving is the “SpyGame”, where his team will actually kidnap your boss. Watch this video clip to see how this all works:

“It was one of the most exciting and cryptic team building events we’ve ever had,” says Nikki L. from Google. “Even the most cynical & hard to impress on the team were highly engaged. Thanks to Chad and Adventure Games team for putting together an awesome experience.”

“Our mission at Adventure Games Team Building is to change how people work together, not only in business environments, but also we equip them with tools that will help them throughout their personal lives,” Michael says.

To learn more about The Adventure games or book an event please visit their website at  www.adventuregamesinc.com.