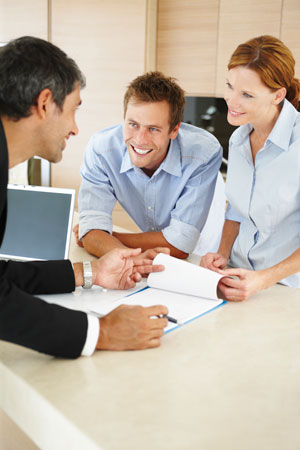 Does the prospect of negotiating make you tense? Do you find yourself avoiding negotiations whenever you can? You may have “negotiaphobia.” Research and experience combine to show there is a good chance the “negotiaphobes” in America have left enough money on the table to pay off our National Debt! Why is it that today so many people are reluctant to engage in negotiations?

The symptoms of this infliction are due to three things: a desire to avoid confrontation; a lack of skill in the negotiation process; and a victim-like willingness to simply live with the status quo.

Negotiaphobia is a disease that can be treated. This treatment is simple and it involves learning the various negotiation strategies and the skills to deploy them. There is an E-A-S-Y three-step process, which will get you on the road to being prepared and mentally ready to engage and succeed in negotiating for your desired outcomes in your professional and personal lives.

The “E” in E-A-S-Y stands for engage … ask yourself “Is this an encounter where a negotiation is possible?” Many people miss these opportunities, as those they deal with mask them by saying things like, “Of course there is a $50 dollar set-up fee.”

The proactive strategies on the top of the matrix tend to help us reap the greatest results, but we need to possess the capability and adaptability to go to whichever quadrant serves us best in any negotiation situation.

The second step, represented by the “A” in E-A-S-Y, prompts negotiators to assess their natural tendencies to use each of the four strategies, as well as the probable tendencies of the party they are negotiating with to follow one of the paths. Remember that the best predictor of future behavior is past behavior, and that goes for you and the person(s) you are negotiating with.  Most people are one-trick ponies as they use the same approach every time.

For people we have not negotiated with before one of the best reads on negotiation tendencies is their behavioral style. “Drivers” tend to come out in a competitive stance, but do not overlook the possibility of winning them over to a collaborative approach. “Amiable” style people will predictably be accommodators, or, on occasion, avoiders, as they attempt to ascertain how everybody in the loop feels about the issues on the table. The “Expressive” styles prefer collaboration, and the “Analyticals” tend to initially avoid, seemingly in response to their need to study the facts and data before full engagement.

“Strategize” is the third-step in the E-A-S-Y treatment process. Based on the significance of the situation, one’s own tendencies, and the expected strategy to be deployed by the other side or sides, a person carefully selects their opening and fall-back strategies. The fallback strategy is a lot like having an umbrella with you. If you have it with you it seems it rarely rains, but it you leave it in your car you will often get drenched. On the issue of significance, people should not just look at this one encounter, but look for long-term potential. Some negotiations, like buying a car, are usually one-offs that push you to competition. There are other instances where a small opportunity today, if handled collaboratively, could lead to a much larger and recurring relationship in the future. The important thing is to become a skilled strategist, using the approaches, which well net you the best result.

Engage, Assess, and Strategize combine to form the “Y” in their acronym… Your one-minute drill. This is where you regularly and automatically cycle through the first three steps as you face any negotiation. This one-minute action should become a reflexive and very powerful tool to make you a more effective negotiator.  We all know that negotiations customarily take longer than a minute. Some take hours, months, years, or even decades. The EASY process, however, will be your guide to get your head in the game for each negotiation encounter.  Most negotiations are won or lost before the first words of communication between parties even take place. HBM

Don Hutson is the Wall Street Journal and New York Times Best-Selling co-author of “The One Minute Negotiator: Simple Steps to Reach Better Agreements,” a Hall of Fame speaker, and CEO of U. S. Learning based in Memphis, TN. He is past president of the National Speakers Association and a veteran of 6,000 presentations worldwide. Go to www.DonHutson.com.

The post The Massive Price of Negotiaphobia appeared first on Home Business Magazine.