Every year, over four million pregnant moms spend hundreds to thousands of dollars on baby bedding and nursery décor. Moms who want high quality, made in America products are sure to love Liz and Roo’s modern and luxurious nursery linens.

Once you feel and touch Liz and Roo’s bedding and accessories, you’ll see the difference that true American-made manufacturing can make. The quality of workmanship is superior because each piece is made one-by-one by artisans who take pride in the art of sewing.

Liz and Roo began selling in 60 boutiques in 2013 and today is in over 170 stores across the U.S. and Canada. In March of this year, Liz and Roo developed several collections for BuyBuy Baby, a subsidiary of Bed, Bath and Beyond. Caroline is currently pursuing expansion of Liz and Roo into another foreign market through a major retail brand.

Liz and Roo was born out Caroline’s expertise as the founder of American Made Dorm, a retailer and manufacturer of made-in-USA dorm bedding. Having a “shop local” mindset, Caroline was inspired by Diane Sawyer and David Muir’s features and the Made in America series on ABC to create bedding made in the U.S. She moved the company’s custom manufacturing to the Jockey plant in Carlisle, KY, which closed 10 years ago, leaving over 400 folks without jobs. Liz and Roo is on a mission to help revitalize the little town of Carlisle. 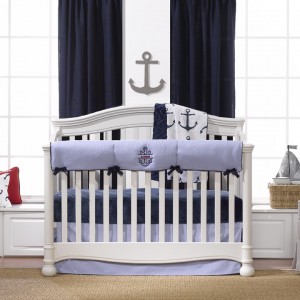 By locally designing and manufacturing, Caroline and her team offer a superior product that excels in quality. The team is involved in the process at every step — from product concept and specifications to fabric selection to production of the final product — and that hands-on approach translates into superior craftsmanship and high-quality control that overseas manufacturing doesn’t offer.

Liz and Roo is one of the first baby bedding manufacturers to embrace and market the concept of “bumperless bedding.” The bedding set includes a crib rail cover that is secured to the crib rail. The result is that the crib rail cover replaces the beautiful “look” that the bumper adds to the crib, but stands at least 18 inches above the mattress, allowing airflow. The rail cover not only adds to the look of the crib, it’s functional, too, protecting baby from ingesting wood and protecting the crib from teething marks. 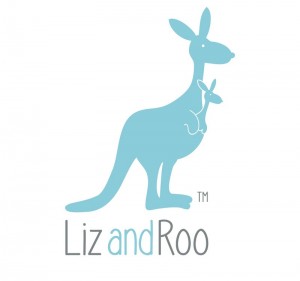